For the pleasure of divers but especially to create an artificial reef and allow marine life to settle in the middle of a stretch of sand, 3 ships were voluntarily sunk to make them wrecks, after depollution.

Discover the stories of the wrecks 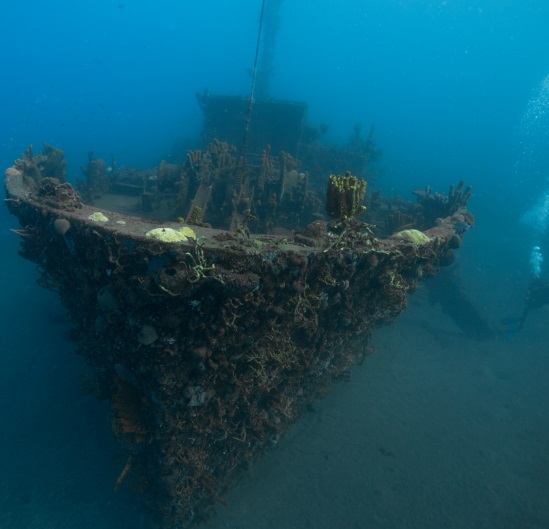 Hourglass of 50m length. On June 9, 1996, the Franjack disappeared by 24m. It then rests on its port side. One month later, the tropical storm Berta repositioned her on her keel. 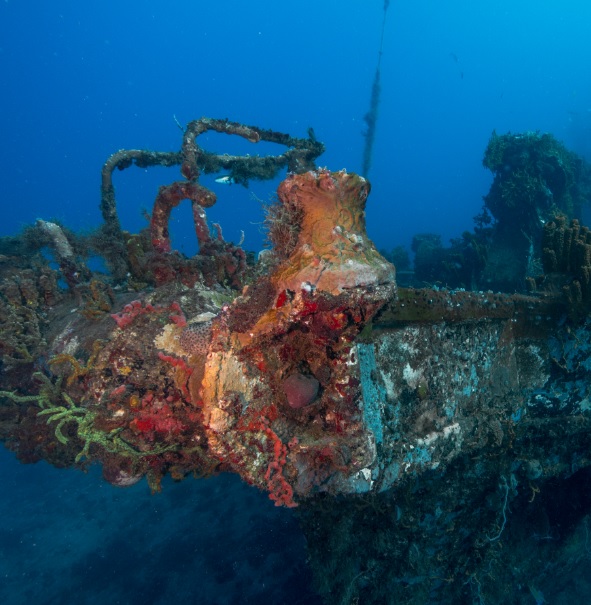 This 48m long coaster used to shuttle between Guadeloupe and the Northern Islands. This ship, belonging to the shipping company "La Cascade" was sunk in May 1991 on a bottom of 40m. 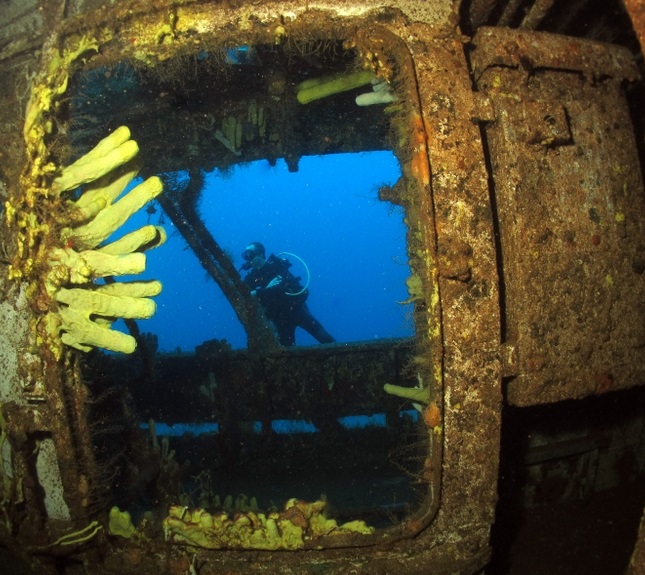 This boat (57m long) reformed by the Phares et Balises has been resting since July 9, 2003 at 28m. During the cyclone Omar (2008), the Augustin Fresnel slipped to be now at 33m at the level of the propeller.

This site is accessible from Level 1 or Open Water.

This wreck is at a maximum depth of 23 meters. This boat was an hourglass of 50 meters long. Les Heures Saines voluntarily sank it in 1996, following the passage of hurricane Hugo which had damaged it.
The descent and the ascent are done along the end. Once on the bow, you will go around the hull with the propeller at 23 meters. Possibility to access the wheelhouse with a passage in the engine holds. You can meet sponges, bryozoans, ascidians, anemones, morays, shrimps...

Discover the history of Franjack

This site is accessible from PE 40 (supervised diver to 40m) or Open Water and Deep Dive training.

The wreck lies on a sandy bottom at a maximum depth of 40 meters.

It is a 48 meters long cargo ship which was damaged by the hurricane Hugo. It was sunk by Dominique Déramé in 1991. The descent and ascent are done along the end. It is placed right on the hull, on a sandy bottom. The ride can be done in a "spiral", from the bottom to the highest point, allowing to have a global view of the ship. Two beautiful French angelfish and barracudas are waiting for you, as well as a school of barracudas. They will follow you during your dive.

Discover the history of the Gustavia

This site is accessible from the PE 40 (supervised diver at 40m) or from the Open Water and Deep Dive training.

The wreck lies on a sandy bottom at a depth of 33 meters (at the propeller).
It is a former boat of the Lighthouses and Beacons service. The boat was sunk in 2003.
The descent and the ascent are done along the end allowing to arrive on the front deck... You can visit the outside of the boat, but also the inside by passing in the rooms, the kitchen, the dining room,...

Discover the history of the Augustin

The history of wrecks

– 1958 : Construction of the ship in the Danyard – Frederikshavns yard in Denmark
– 1965 : Named “Oresund” after a strait between Sweden and Denmark, the cargo ship is used for the exploitation of glacial moraine.
– 1976 : The cargo ship left Svenborg in Denmark for La Rochelle. It was bought by the shipowner LACASCADE MICHAUD.
– She is renamed ” Franjack ” in honor of Richard LACASCADE’s two sons, François and Jacky.
– 1983 : The ” Franjack ” arrives in Guadeloupe for the Sablière de Guadeloupe (SAGUA) created in 1969.
– It is used to transport sand and makes an attempt to transport water between Guadeloupe and the northern islands (St Barth, St Martin and La Désirade)
– September 17, 1989 : Hurricane Hugo, the Franjack was damaged
– June 09, 1996 : Sank voluntarily to serve as an artificial reef on a 23 m bottom

“Les Heures Saines”, a diving center located in Pigeon, near the beach of Malendure, in the town of Bouillante in Guadeloupe, in front of the Pigeon Island and the Cousteau reserve, offers: freediving, snorkeling, first dive, fun dives, wreck diving or night dives, training, …